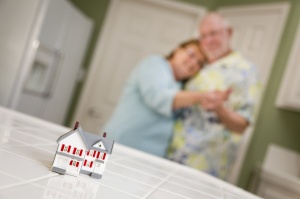 When seniors decide to sell their homes and move they often go through a roller coaster of emotions feeling they have made A WRONG DECISION…A BIG MISTAKE.
This is when you need to gently, respectfully but firmly remind them of the reasons that brought them to the decision to move. Some things that could have motivated them to consider their move are:
– Staying in their home has become a financial strain.
– Cash flow is needed to improve the quality of their life.
– Housekeeping has become more of a struggle.
– Home maintenance is becoming increasingly unmanageable.
– Yard work is becoming a chore.
– The home needs major repairs.
– The house is too big.
– Stairs are becoming more difficult.
– Driving days have ended.
– The neighborhood has changed and security is now a concern.
– The location is no longer convenient.
– A new lifestyle is desired.
– The children have left home.
– A “freeloader” is living in the house and moving is the only way out.
– There have been several falls.
– The bathroom has become difficult to use and has become a safety concern.
– The thought of a fall or stroke (and being alone) is frightening.
– Parkinson’s disease, arthritis, emphysema, multiple sclerosis, macular degeneration, diabetes, dementia or the effects from a heart attack or stroke are getting worse.
– Help with dressing or bathing is needed.
– Food preparation is a “chore.”
– Medications need to be monitored.
– It is becoming overwhelming to care for a spouse.
– Loneliness is increasing.
– The circle of friends has shrunk.
– The television or computer has become their “social life.”
– THE DOCTOR said it was time to move.
– The children are worried about their parents and the seniors want to give their family “peace of mind”.
– They want to live close to children or grandchildren.

Nineteen years ago we would move one senior a year so they could be closer to family and now we often move three or four a month. Younger seniors want to be part of their grandchildren’s lives while older seniors want to be near their children in case there is a medical emergency so a support system will be in place.